This junta space, overwritten by so many minoritarian stories, seduces you into telling your personal one: to tell the story of the Mari tribe, claustrophobically imprisoned in the Russian “federation“. To tell you how the land of the whole population that has a deep knowledge about the equilibrium with the environment, is drowned under water by the illegal but profitable construction of a hydroelectric station. Yet we use our indigenous knowlegde in the middle of THIS political situation to create spaces of

No Border! No Nation! 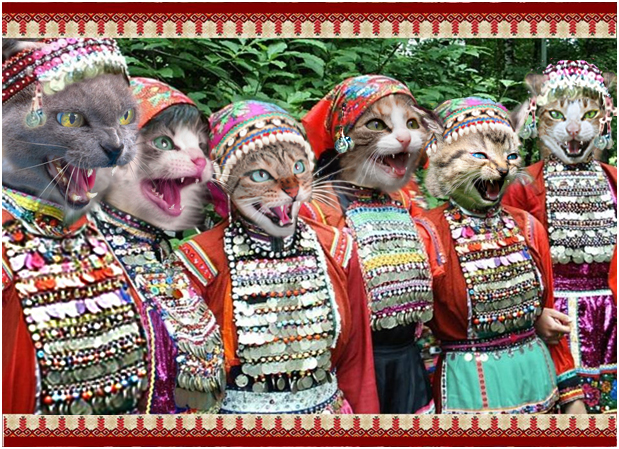 So we salute our sociopolitical ancestors who fought for freedom of knowledge throughout the empire: Jean-Jaques Rousseau for connecting utopia of society with pedagogical concept, Robert Owen for the gender neutral community. We thank “nihilist“ Vera Figner for founding schools in villages of the deep Russia, Hamburger Torschule for having no plan and no goal, Dennison Street School for school deniers, Ivan Illich for the de-schooling discourse, Janusz Korczak, the founder of Children’s Parliament, for walking into a gas chamber in solidarity with his “young adults”. We thank the open source activist Jesus Christ and his colleague Aaron Swartz.

We are grateful to the school called Parliament of Bodies for hosting the School of Everything.

I salute all our precious participants who see education as decisive for social change, who instigate politically motivated and artistic initiatives for sharing knowledge. Thank you for taking up our invitation to share your practices, manifestos, and paradigmatic proposals.

We are here not to discuss the problems of education, but to address political issues through the prism of the central theme of documenta14, which is learning. With “Learning from Athens” for the first time learning is set in a central relation to art.

Art emancipates itself from the peripheral status of educational or public programs by declaring them, or this learning, as the very heart of the process called art. Art-as-education is the next step after “activist art”. Marginalized for rejecting commodification, we are disturbed by the hyper-capitalist system that violently smashes art that resists the extracting logic of the investment markets. Many of us are part of the global movement for the horizontalisation of art institutions.

We grew up with documenta. It was our school. As tax payers, or just as community members that are a part of the economy of attention, we do have expectations. We, in defense of the honor of the art and the freedom of knowledge, have experimented in not giving away the documenta.

We are here while the curator of Public Programs, Paul B. Preciado, beams the “periferric and minoritarian“ issues of race, gender and disability into the center: into the Rotunda of the Museum Fridericianum.

Banks are tanks. Peripheral European countries, subjected to colonial aggression, are the centers of imagining alternatives. With us, the secession war between art and market, the knowledge of OXI, the SPLIT, and the constitutive work of sharing oneness of art and philosophy, moves into the center.

Among the many things we have done during the School of Everything in Kassel, we abducted Paul B. Preciado, and under the thread of loss of street credibility forced him to tell us his uncensored thoughts. I quote some of them:

“In a big exhibition everything prevents you from doing what you have to do”.

“There is a point when we have to say: Stop”.

“Because of the conditions of work… which have to do with mechanism of this mega exhibition, we are fucked”.

“Maybe one of the possibilities would be the PoB to exist and continue to work beyond d14 itself … growing independent from the institution that kind of hosted it at the beginning and being taken by other people, hopefully not by me, I’m exhausted. That other people might take Parliament of Bodies as a methodology, as a structure, and continue doing things … in Athens, cause I think this is the only meaningful thing: if we in the documenta14, all the project, if we are able to remain after d14. …This will be the beginning of the project”.

“If we are able to do something, if the institution is gone and when the money is gone. That’s the moment when another institution is possible. This is the beginning of something”.

I would add that our documenta is not only too big, but regressively drags all the art and not art towards the conservative format of an exhibition, opportunistically intertangled with the financial dictatorship we live in.

The institution itself states that the only solution is the institution of a different kind. And that this would be the beginning.

Today we change the perspective from which history is written. According to our version, this something, another institution that Paul hopes could exist after documenta14 is gone, already existed before it arrived. Of course this institution had and has a different epistemological shape than the Parliament of Bodies, but it is driven by the same impulse as the one documenta14 has now learned from Athens. It is about losing faith in neo-liberal institutions. Making self-organized infrastructures. Knowledge always depends on the platforms of its emergence. To have been hosted by an institution and then to have grown free is not an option. What is different is the irreducible “how”. The body as the working ground of the change cannot be passed down to anyone else. This project has to be run by Paul, and we very warmly welcome him to do so as part of our polymorphous struggles in Athens.

Avtonomi Akadimia, a free access intercultural university, active since June 2015 in Athens, practices the free sharing of knowledge by inviting artists, philosophers, scientists and activists to be involved long term in deep exchanges with a world-wide community of participants. Avtonomi Akadimia operates on/in the topos of origin of the patriarchal concept of the western pedagogy, that is, in the original garden of Plato’s Academy, Akadimia Platonos, an archaeological site in Athens.This is the place the word Academy is derrived from. Avtonomi Akadimia sees the root of the empire with its principles of building wealth through exterminationalist extraction in the “classical Greece”, in the Politeia. Avtonomi Akadimia is a community of people who have lived here for a long time, of those who are based in Berlin but frequently visit Athens; as well as of those who have recently moved to Athens from the Middle East. Together, we are a de-elitized and de-colonized remix of knowledge formed by a geopolitical reality which has always pulsated in Athens despite the invention of European empire. We have lived in the militarized state for 2200 years, and it is not enough to remember its symptoms in different forms. Greece, Chile, Biafra, Ukraine, Dakota Pipeline, Balochistan, Mari El. Junta has never been over. Our European democracy with its educational institutions is a military infrastructure of the US. Education is an extension of punishment and of the military industrial complex. Less and less poetry, less drawing lessons, less cultural studies. The Polis divided alphabetization into writing and rythmic-metric musical terminology. No rhythm, no dance, no melody. No pleasure. Sufferance and debt! Segregation of art from the social domain, leading to what Greeks themselves called lyraless time, time of war. Junta.

But art as technê has now liberated itself from the linear strains of modernity and takes its role in the society anew. It is coming to de-logocentralize the junta Polis. And this is the music lesson from Athens.

(anarchia song, played on the lyre and sung by all participants and guests)

Tonight, we celebrate the end of documenta. documenta as a format of modernity no longer accommodates the needs of art. It may continue as a zombie. This is the truth Kassel is so afraid of, and this truth comes from Athens. Herewith the spiritual body of art abandons the body of a blockbuster institution of documenta. documenta, born in Kassel in July 1955, died in Athens in July 2017.

And we will see how this split into a multipolar structure of incommensurable but collaborative communities which most of all remind of Parliament of Bodies, or the School of Everything, fractally replicates itself in the breakdown of the global empire.

There are no upcoming events at this time.